FREE SHIPPING on Orders of $50 or More

Why we love it

As with many of the classics, the exact origin story for this cocktail is a little unclear, with multiple accounts and references to the Old Fashioned cocktail occurring at various times. One thing, however, is clear, this classic cocktail dates back to the mid-nineteenth century.

One of the earliest references to "old-fashioned" describes a technique for making cocktails, not a specific cocktail recipe. In Jerry Thomas' 1862 Bartender Guide, to prepare a cocktail the "old fashioned" way was to "Crush a small lump of sugar in a whiskey glass containing a little water, add a lump of ice, two dashes of Angostura bitters, a small piece of lemon peel, one jigger Holland gin. Mix with a small bar spoon. Serve." Yes, you read that correctly; Gin, not whiskey. Thomas' "old-fashioned" reference was for a Holland Gin Cocktail recipe.

The first published recipe for an Old Fashioned Whiskey Cocktail is said to be in George Kappeler's 1895 cocktail recipe book, Modern American Drinks. Kappeler's recipe is very similar to the Old Fashioned recipe as we know it today, "Dissolve a small lump of sugar with a little water in a whiskey-glass; add two dashes Angostura bitters, a small piece of ice, a piece of lemon-peel, one jigger whiskey. Mix with small bar-spoon and serve, leaving spoon in glass."

An Old Fashioned is extremely easy to make and only requires a few tools.

The classic Old Fashioned recipe calls for sugar to be muddled with bitters and a little water until dissolved. The good news is that a muddler is a go-to bar tool used in many craft cocktails. Every home bar needs a good muddler. 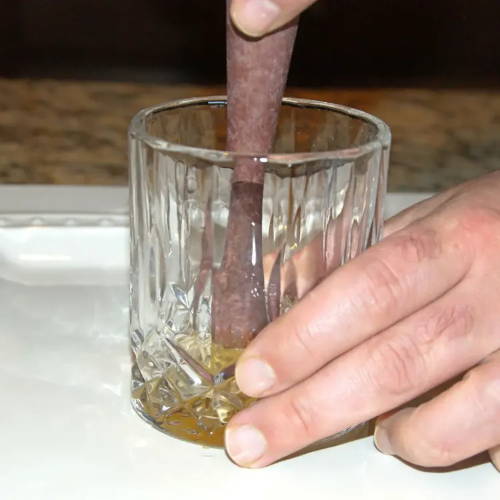 The official International Bartenders Association (IBA) recipe for an Old Fashioned calls for 1.5 oz of Bourbon or Rye Whiskey. We suggest resisting the temptation of eyeballing this measurement, or pouring heavy, and use a jigger to measure out the appropriate volume. What makes an Old Fashioned great is that it is so well balanced. You can always make a double! 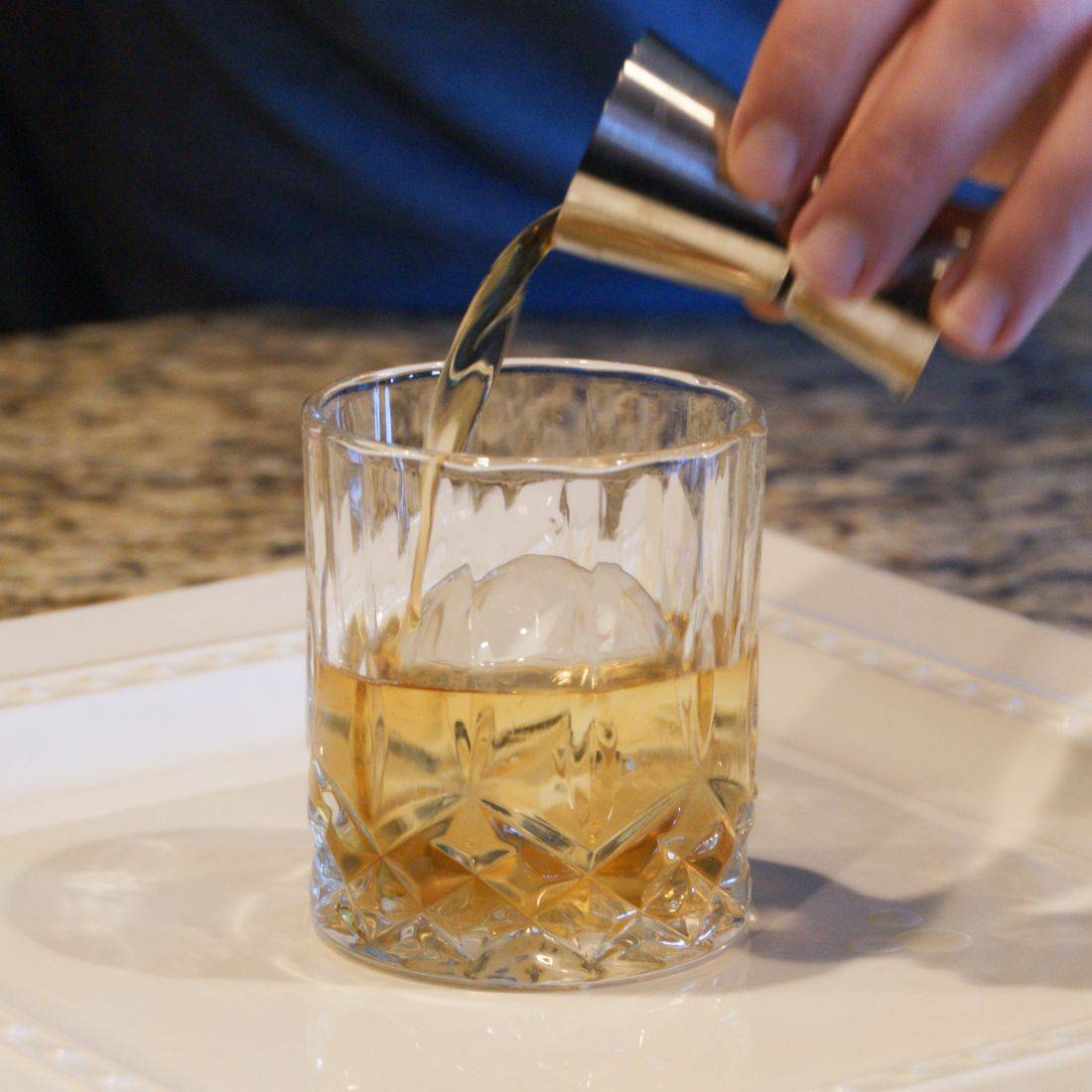 Another classic bar tool, the bar spoon is used to stir this cocktail before serving. 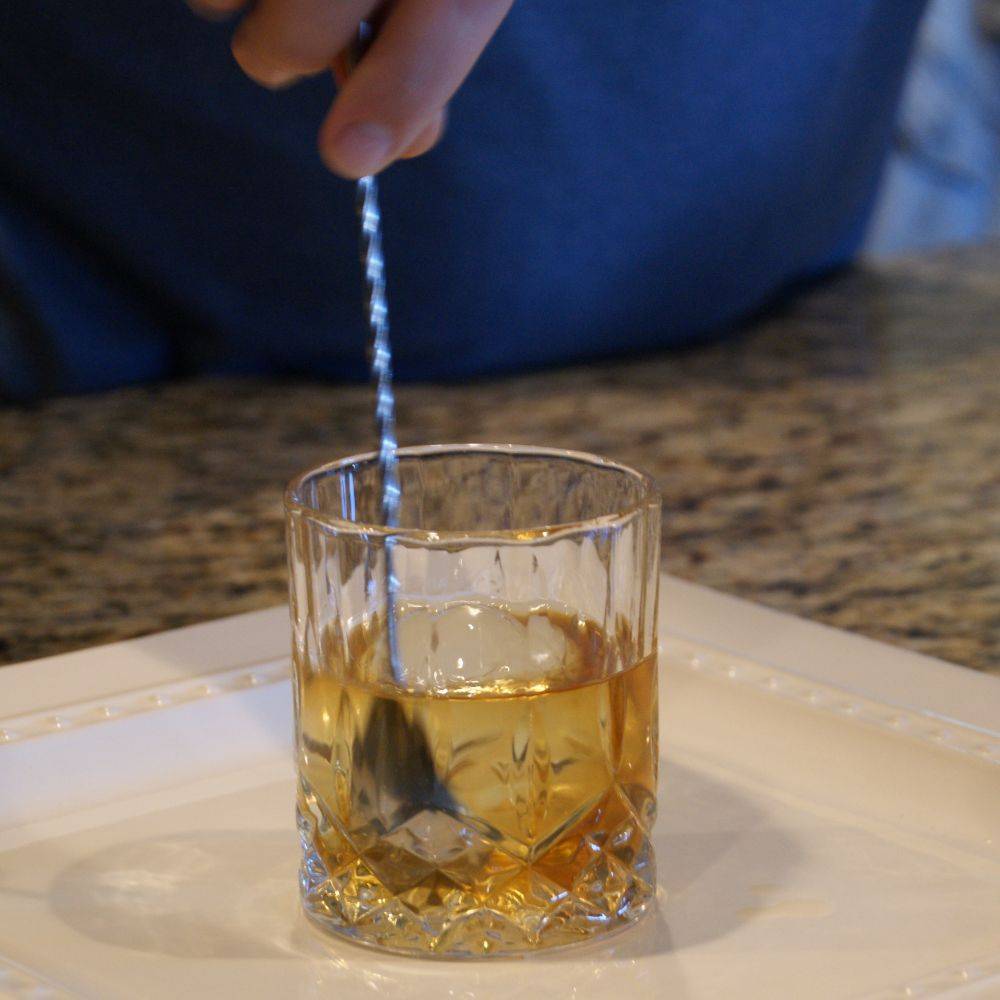 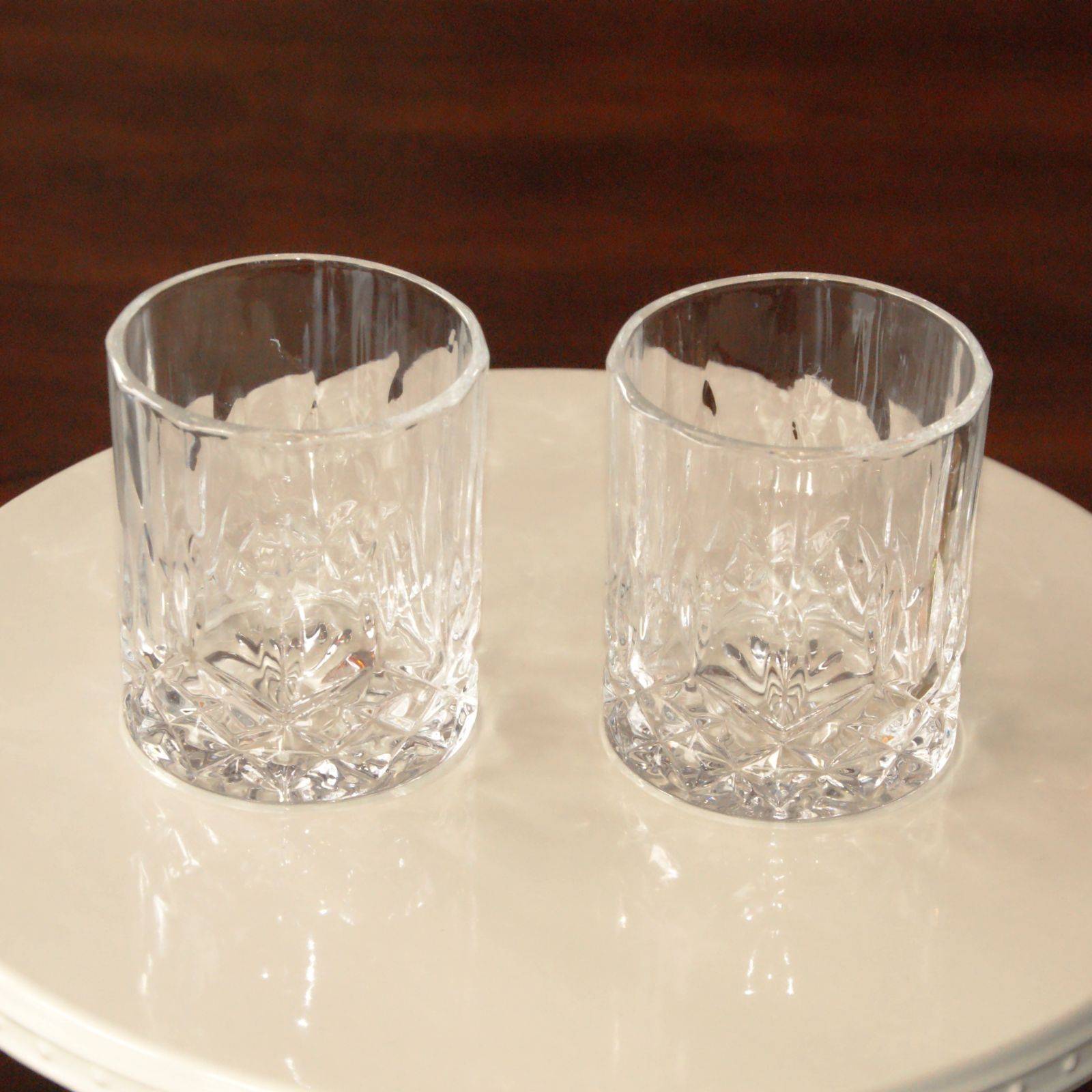 An Old Fashioned is served on the rocks. We recommend using a sphere ice ball that will chill your cocktail without diluting it as quickly as standard-sized ice cubes. For a heightened presentation, try using a clear ice sphere. 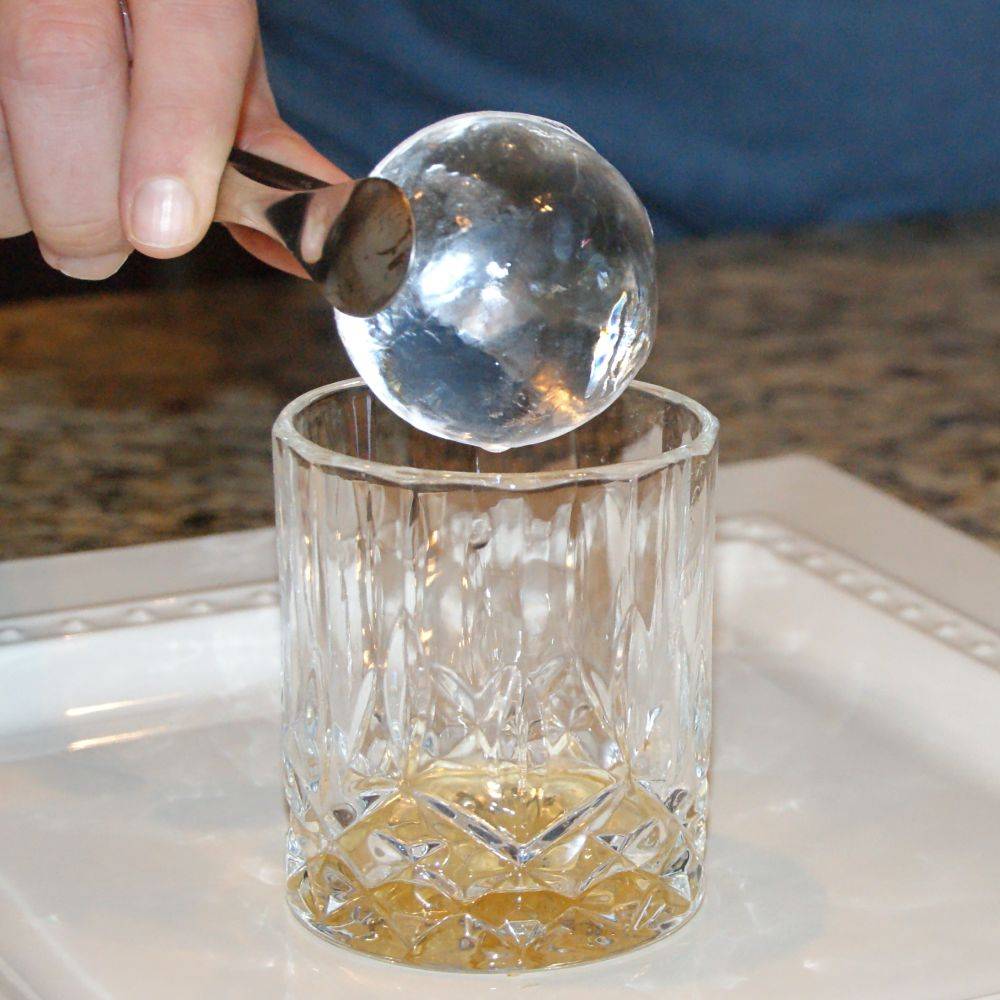 A traditional Old Fashioned is mixed with Bitters and served with an Orange Peel and Cocktail Cherry. If you're looking for a shortcut, try using an Old Fashioned cocktail mixer. Add the appropriate amount of mixer to your whiskey, stir, and serve. 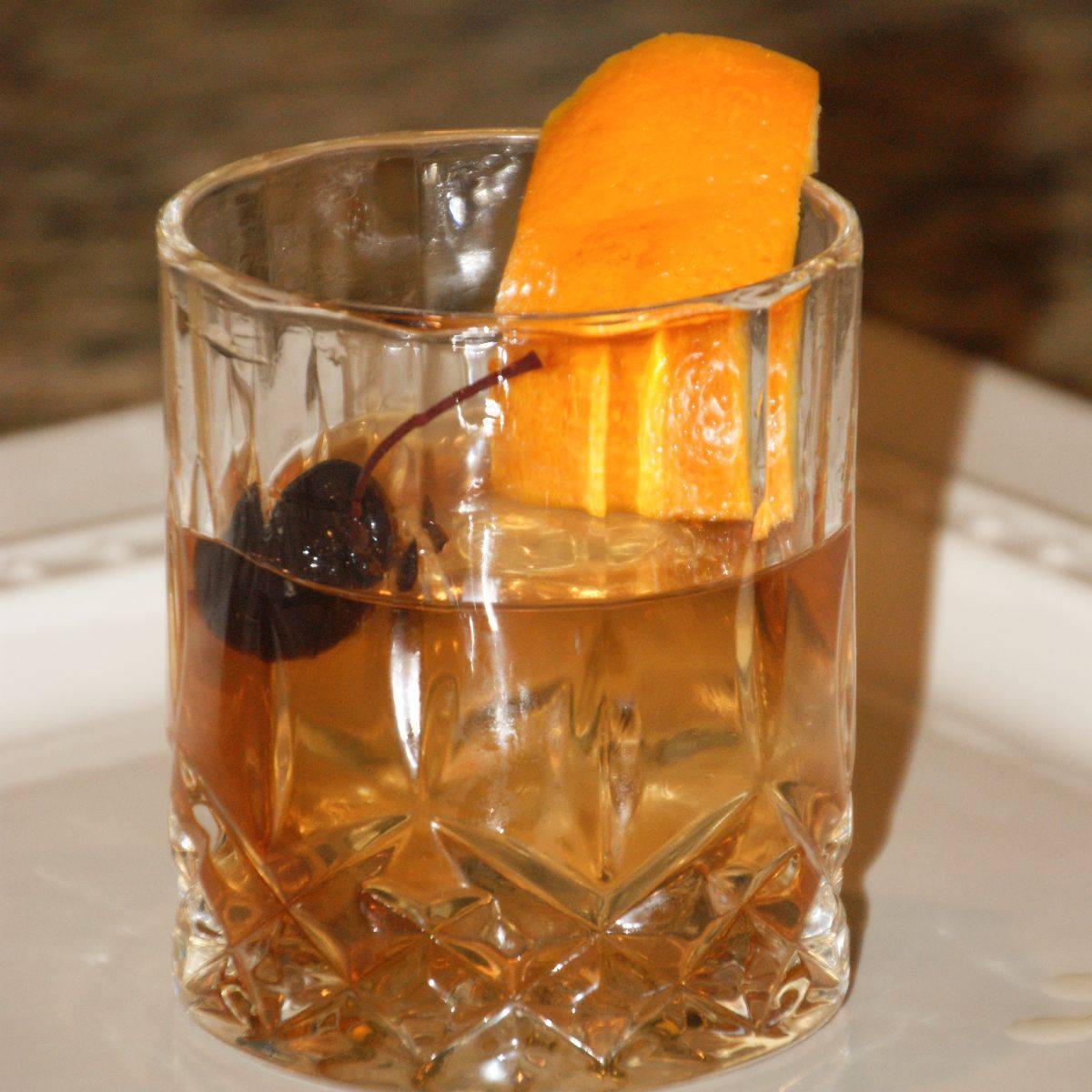 A traditional Old Fashioned features bourbon or other types of whiskey. Some modified recipes replace the bourbon with gin or brandy. 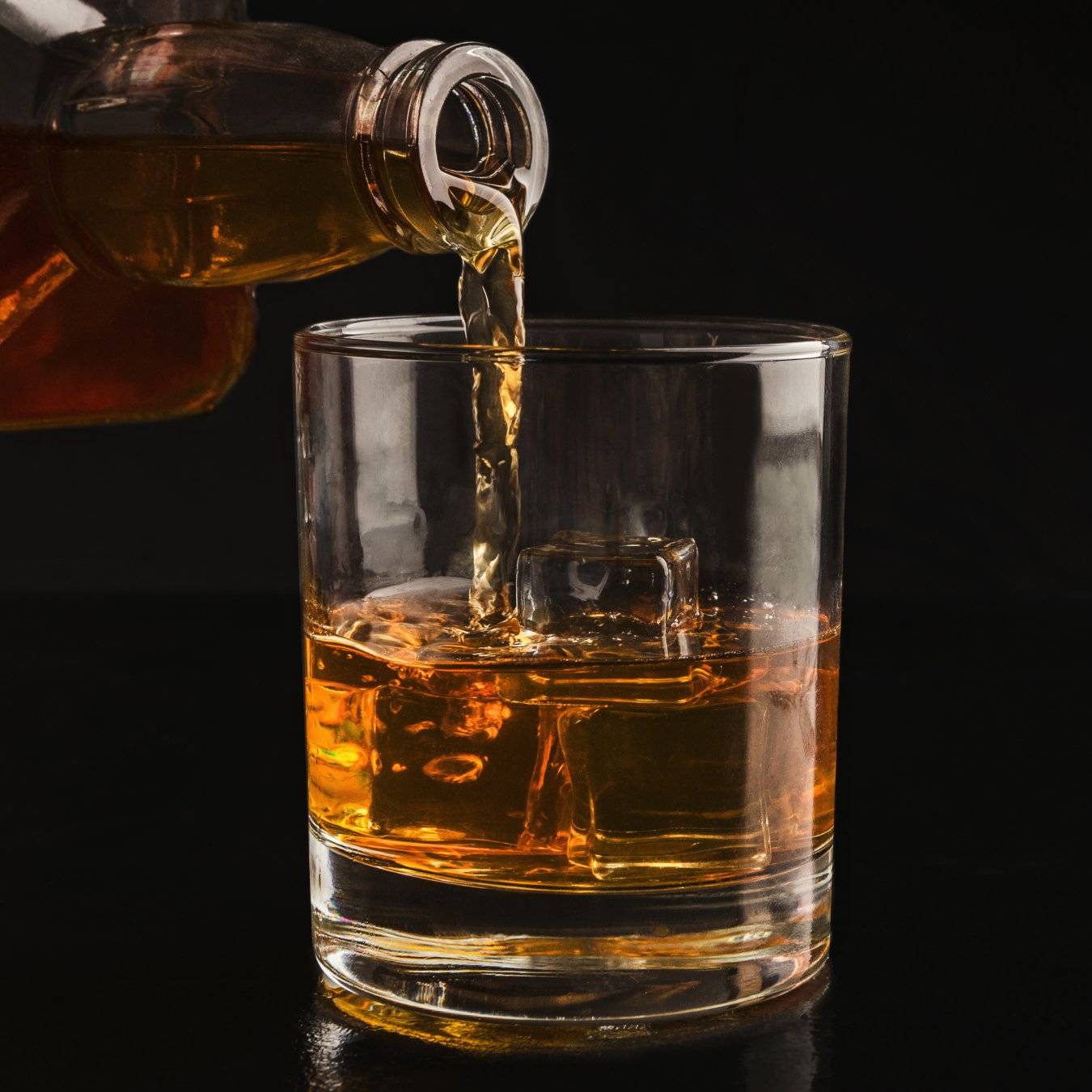 Here are links to some of our other favorite recipes: 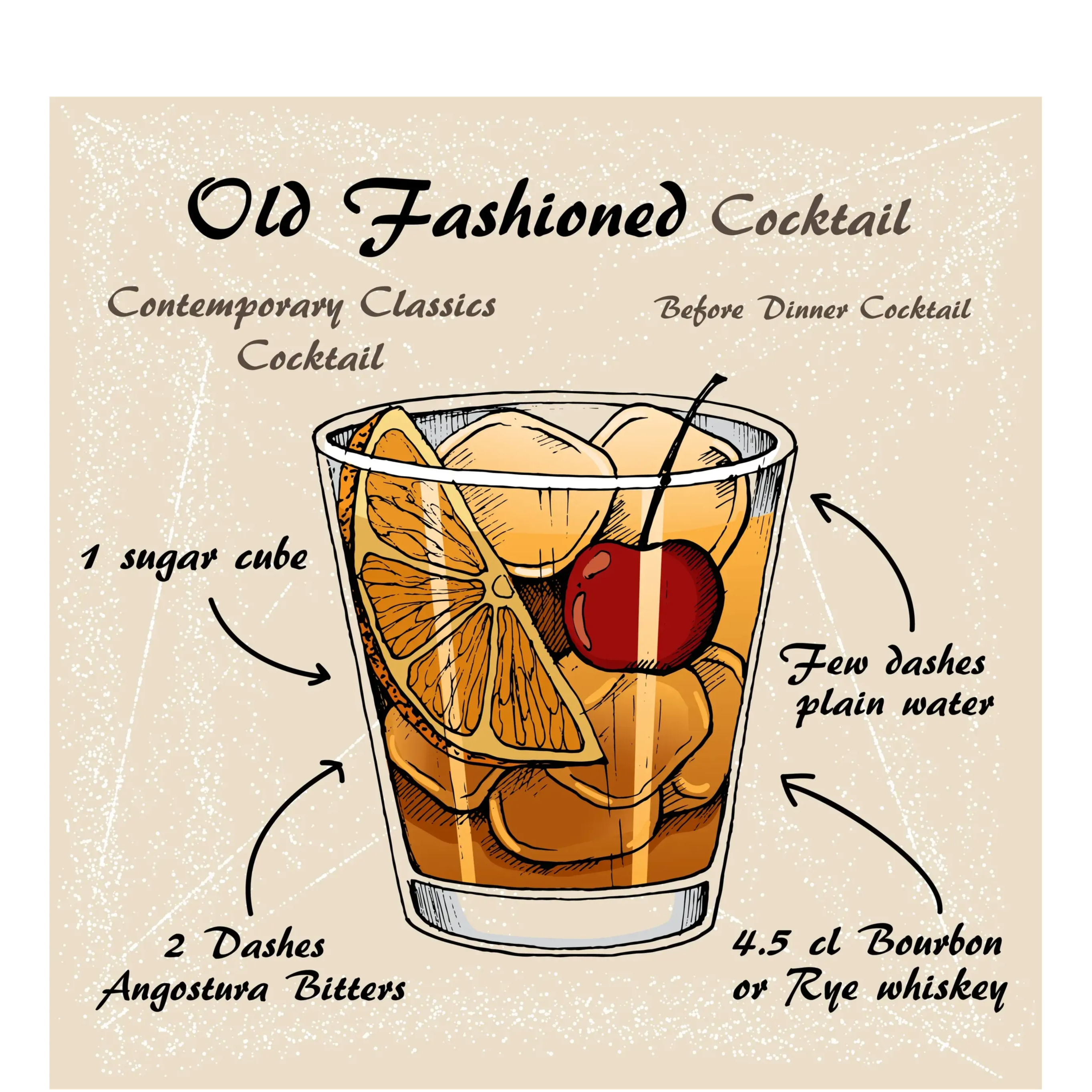 The Old Fashioned is the official drink of Louisville, KY. The city celebrates the cocktail, and all things bourbon with a two-week series of festivals in early June called Old Fashioned Fortnight.